Hope everyone is having a great week!
Here in Michigan we finally have Spring.
It is nice to have the windows open
listening to the frogs and crickets.
A beautiful sound!

Today I reveal the finished rug.
My tribute to our Peepers kitty. 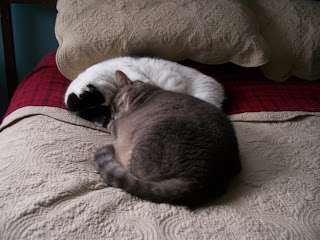 Peepers was a sweet kitty.
He was born in our home on
8/2/03
and was the runt of the litter.
I had adopted a female cat from my neighbor,
and found out after I took her in that she
was going to have kittens.
I wanted another kitty for Tanner to have a friend.
Did not know she was pregnant when I
decided to adopt her.
She hated Tanner. They never got along.
I thought it was because she was pregnant.
Nope, she hated him even after having
the kittens.
Tanner liked 2 of the 4 kittens.
I could not choose which of the two to keep,
so I kept Riley and Peepers.
Sable the female cat and the other 2 kittens,
found good homes. 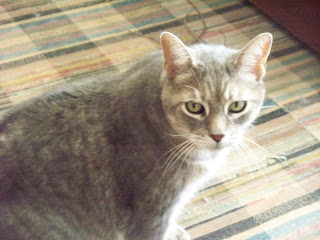 Unfortunately Riley did not live that long.
It still haunts me to this day that the
emergency vet may have
misdiagnosed him on purpose.
After I put him to sleep,
I found out they went bankrupt.
I was devastated because now I wonder
even to this day
if they just told me nothing could be done
just to get more money out of me.

Tanner still had Peepers.
Instead of the 3 Musketeers,
it was now the Dynamic Duo.
Until we rescued Ace....
Then the fun began again.
Until Tanner left us.
Then we rescued Shadow.
He was a wild kitten my co-worker found.
We love our cats.
Would love to have another dog,
but we are not home enough,
so it would not be fair to the dog...
thus we have kitties. 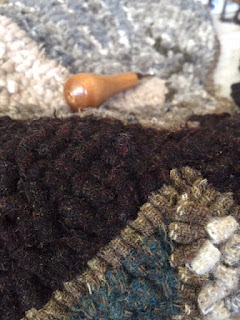 Up close of the wool I used. 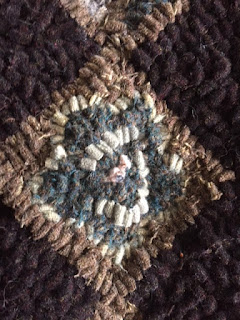 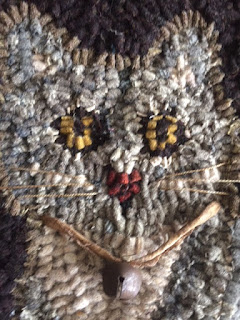 When you hear a bell ring...
and angel gets their wings. 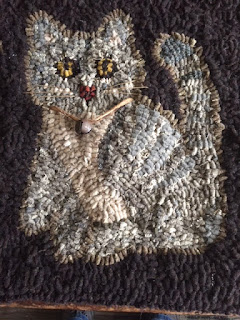 I decided to add the bell because my lil
Peepers is now and angel alongside his
buddy Tanner. 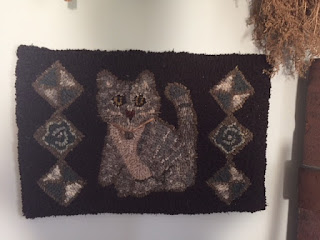 I chose the diamonds as he was
the diamond in our lives.

A wonderful tribute to our kitty Peepers,
who like Tanner and Riley
will always be remembered
in our hearts.

Until we meet again.

A Peepers Tribute To All!
Janice
Posted by Prims By The Water at 6:34 AM