A Civil War Remembrance
Its hard to imagine having to go to war against my own cousins.
However, I remember my dad telling me that his grandmother talked
about having relatives  fighting each other during the Civil War.
A war that even though lasted only four years...
lasted even longer in the hearts of those who lived through it.
Today's montage is civil war life, courtesy of the Sanilac County museum in Michigan. 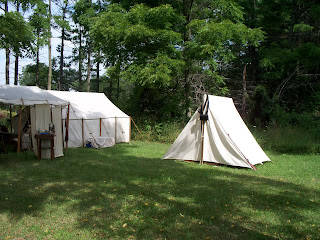 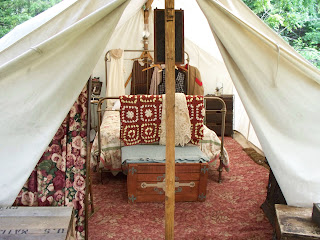 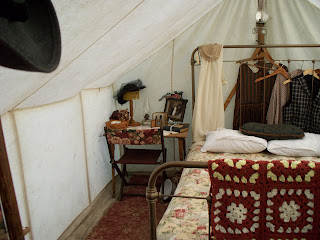 Most of the comforts of home 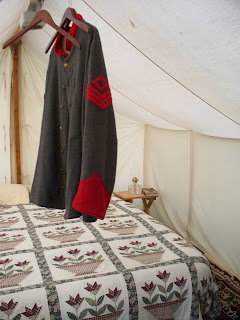 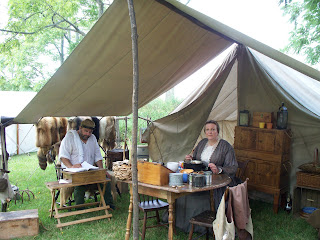 Women were out there..some even became soldiers 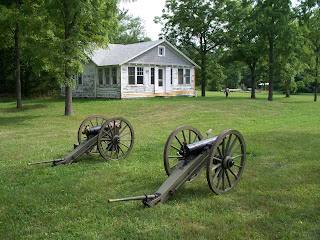 Cannons
Soldiers who fired the cannons became deaf.
Depending on what side of the cannon you were on,
was the ear you became deaf in.
The demonstration we were given that day
was only a third of the charge...
I even had to hold my ears because it was too loud.
What a horrible way to lose your hearing,
nonetheless there were those who did. 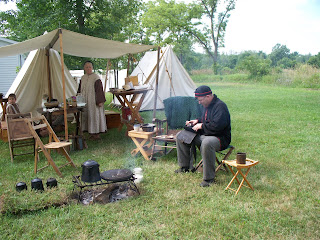 The re-enactors actually were cooking their meals over an open fire. 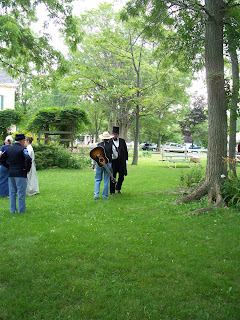 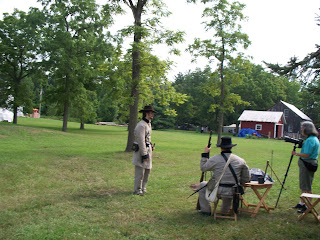 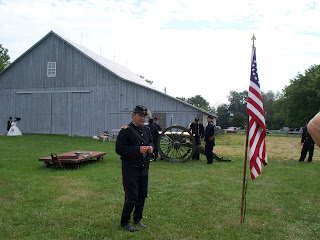 Michigan Civil War Soldiers
﻿
Take care everyone,
Janice﻿
﻿
﻿
﻿
Posted by Prims By The Water at 8:25 PM