Good morning friends!
I love to create things when I have the time.
Today I wanted to show you my latest
Christmas tree decorations
I created for one of my Colonial themed trees. 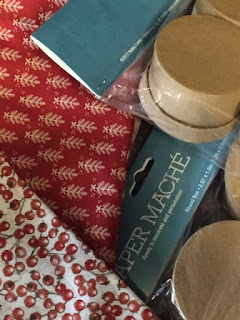 I used these two fabrics from my stash
and purchased these paper mache boxes
over at Hobby Lobby.
Two different sizes. 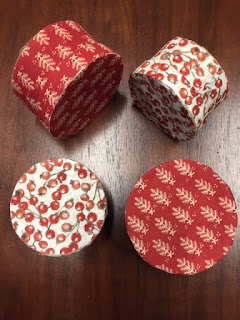 Life for women in this time period
was just to be a mere object for men.
They had no rights.
Unless a women had to take care of a parent,
it was expected they marry before they were 20.

The average birth was 7 per woman,
and some died at childbirth while some children
died at a very young age.

Life was hard back then.

Men were taught that educating a woman
was a waste of time.
Men educated their sons.
Mothers taught their daughters
to learn housekeeping skills,
nothing else.
If your husband died, you were expected
to remarry within 6 months.
There were some woman who worked
outside the home; but that was not the norm. 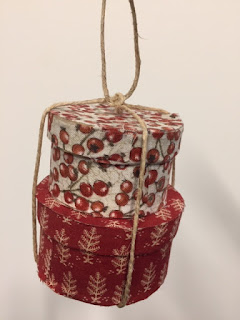 Those woman who were from elite families
did own hat boxes, and clothes for the elite
were highly fashionable
for both men and women. 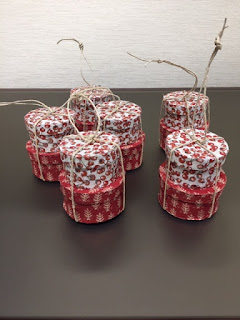 Within the family unit the man
was the head of the family.
Only he had the right to vote,
and make any decisions for his family.
Only if the husband was away, was the wife
able to make important decisions. 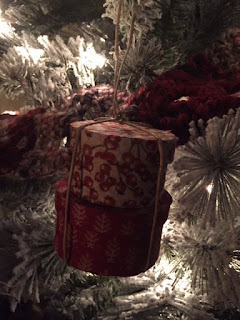 Women of the 1700's were only valued
for being a person who could take care
a man's needs.
Because men out-numbered
woman back then, if one became widowed,
all of the unmarried men in town would
flock to her door. 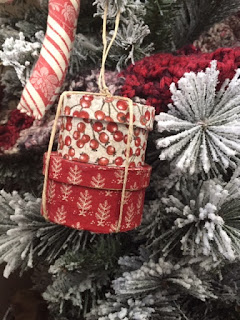 Widowed and unmarried men needed women
to take care of their households,
bear children and also take care of another
man's children if their first wife died.

How sad to be a slave to your husband,
because in essence back then that was what
women of the 1700's were.

Someday I hope to own a real wallpaper
box from this era.
They are so hard to find and most are
way out of my price point.

Hatbox Blessings To All!
Janice