Hello friends!
Before I get to my true ghost story,
I wanted to show off my new windows. 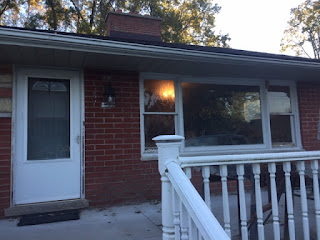 Our living room before.
We had one big window in the middle,
with two smaller ones on each side. 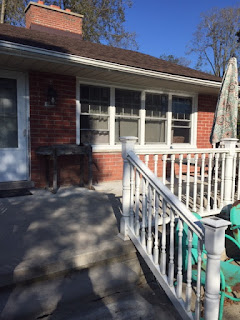 After, we now have 4 identical windows
with grids on the top. 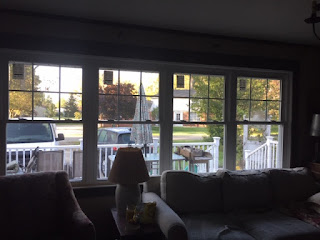 Inside looking out of our living room.

The other side of the front of our ranch home.
Our home may be prim on the inside,
but just a ranch.
The window on the left is our spare bedroom.
Window in the middle is our bathroom. 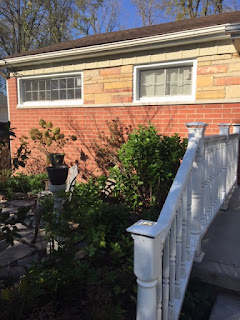 After, with all grids. 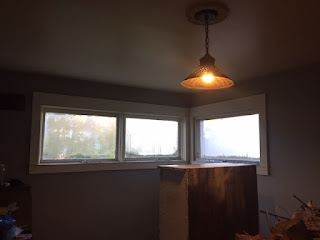 Spare room before with three windows. 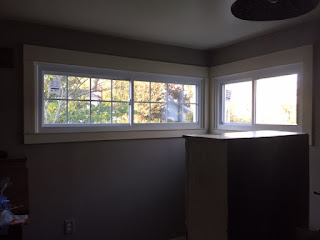 Spare room after with only grids
on the front of the house.
Plus now only two windows.
Bad thing about this is, now I need
a new curtain rod to fit the longer window. 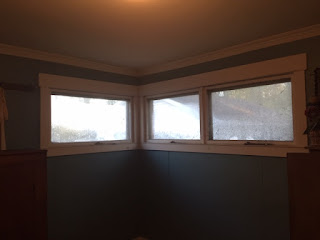 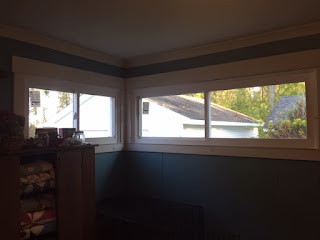 Again after which I need another longer rod. 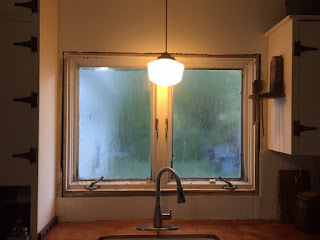 Kitchen window before.
Notice most of the windows
had condensation on them. 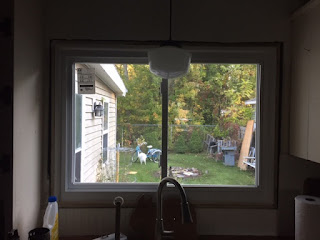 Window after and now no condensation.

Especially since we now can open windows.

Did forget to take pics of the bathroom.

Not sure if I have told this ghost story before, however if not it is a true one.

My boyfriend and I got engaged, although we decided to wait until he graduated from college before even thinking about getting married. We were both 20. I was working and going to college at night. Mike was going to Ferris State to become a dentist and take over his uncles practice.

New Year's Eve we went to a party that his college roommate was having. At the end of my parents road, Mike turns down the radio and nonchalantly says to me- "I'm going to die soon" I was flabbergasted to say the least. All I said was "what are you saying?" He would not reply back and just turned the radio back on. We went on to the party. Nothing was said about him dying again.

Mike went back to school after New Years and was killed in a car accident on January 5th. 1979.

I was devastated to say the least. Why did the love of my life have to leave me, and how did he know? All questions I could not answer.

At Mike's funeral I was approached by a girl my age whom I did not know. She asked me if I was Mike's girlfriend. I said yes. The only thing she tells me is that Mike wants you to marry Bobby. His brother came up to us needing me, and that girl was NEVER seen again. Another odd moment.

After the funeral was over, I told Mike's best friend about the girl and was wondering  if he meant him because his name was Bobby. We went out a few times, but it was like dating my brother. It would not work...so I forgot about this girl and what she said. I married, had children and was divorced.

Fast forward now to January 5th 2007. Exactly 28 years later to the date Mike died. I was driving home with the man I was now dating. It was a cold rainy chilly evening. This girl pulls out in front of me. I had three options. Turn to the left and hit another car head on. Turn to the right and hit folks who were standing on that side of the road and my last option was to just t-bone the truck, which is what I did. I was going 50 mph at the time. Now after the airbags deflated, in between that truck and my car was my dead fiance Mike standing there in the suit he was buried in smiling at me. I swear to God it was him. I knew then what I needed to do. When we finally got back to my house with the help of my neighbors, I told Bob do you believe in ghosts. He said yes. I then told him the same story I am telling you all right now. You see Bob's family never calls him Bob. He is called Bobby.

After I told him this story, he says lets get married. By this time we had been dating for a year and a half. Well you all know I am married to Bob (Bobby).

I truly believe Mike wanted me to marry Bob and it took an accident for me to realize this. Thankfully no one was hurt in the accident. Bob and I just had some aches afterwards for a few days.

I still love Mike. Bob knows he was my first love.

I still wish I knew why Mike had to die.

Still wonder who that girl was a the funeral.

However it seems Mike had a plan for me.

God had a plan for me, as I do believe things happen for a reason.

Well what do you think?

Ghostly Window Blessings to All!