I know...I know.
I forgot.
All I can say is that I have been so pre occupied
with our bedroom redux,
that I simply forgot to post this month's CupboardScape.
I do apologize for this..
and again I had planned on doing this post
before Father's Day. 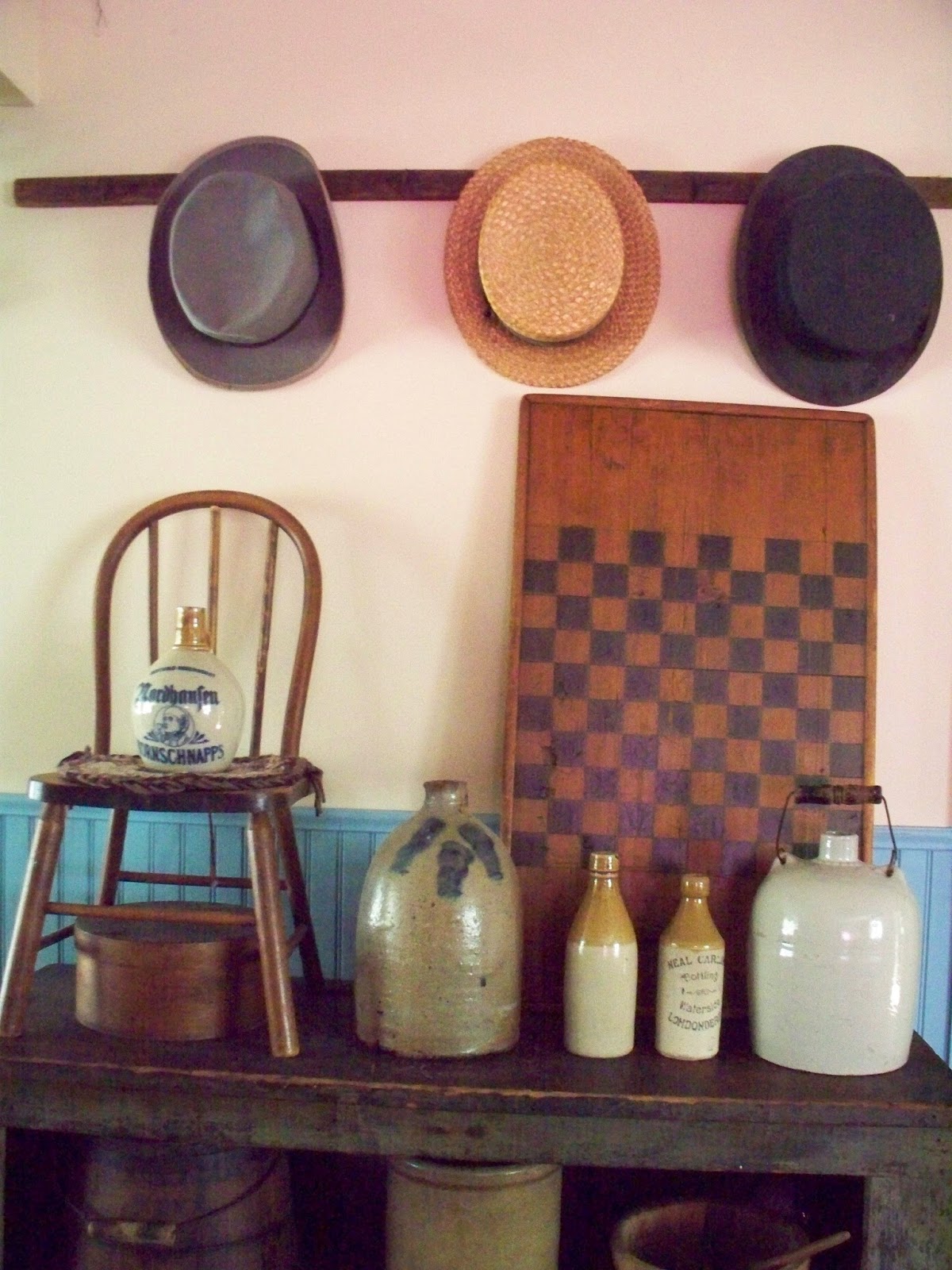 Any way this month it is all about fathers.
In memory of my grandfathers to be exact. 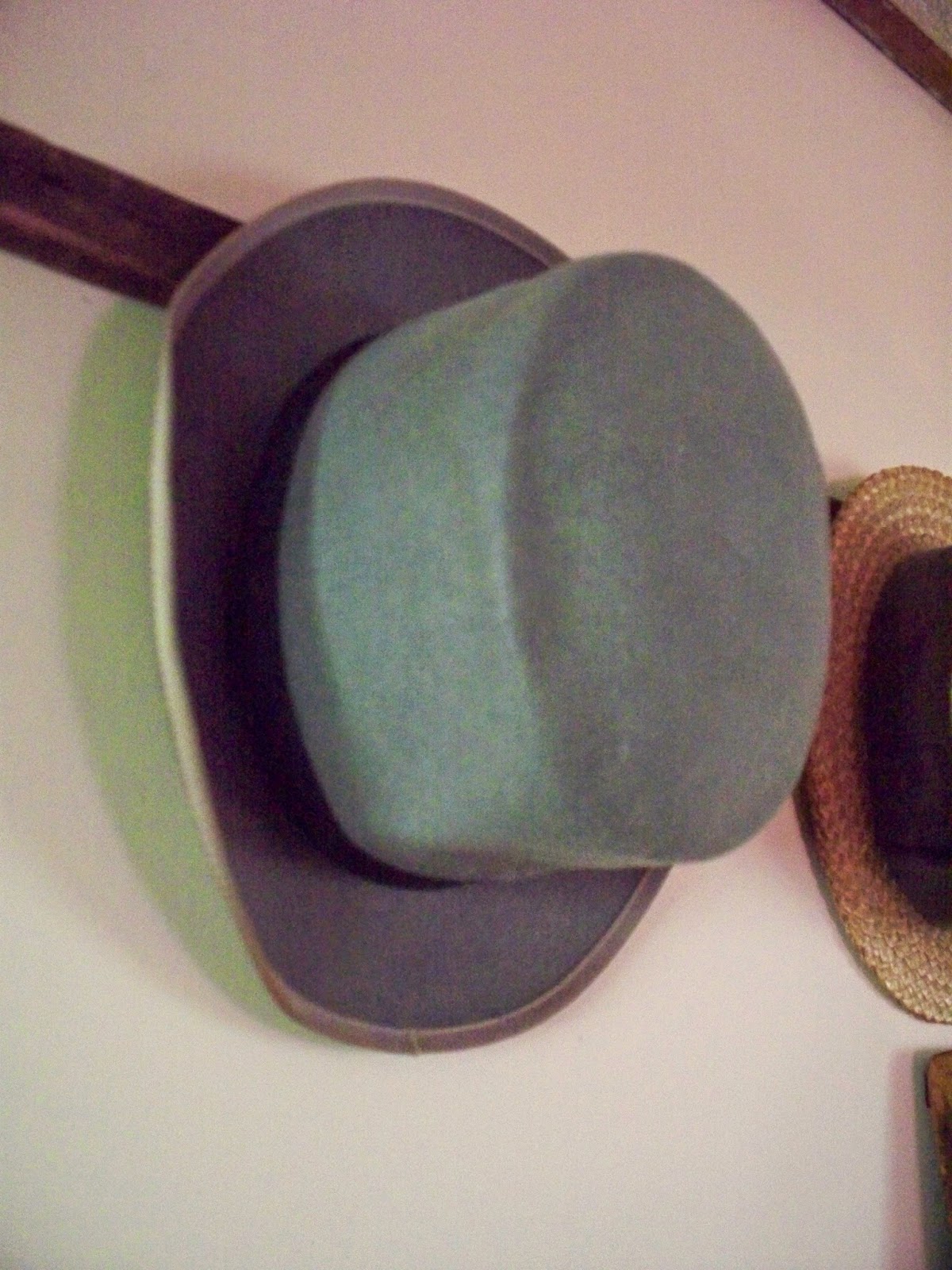 Grandpa B wore hats.
I remember him wearing a gray felt hat similar to this one. 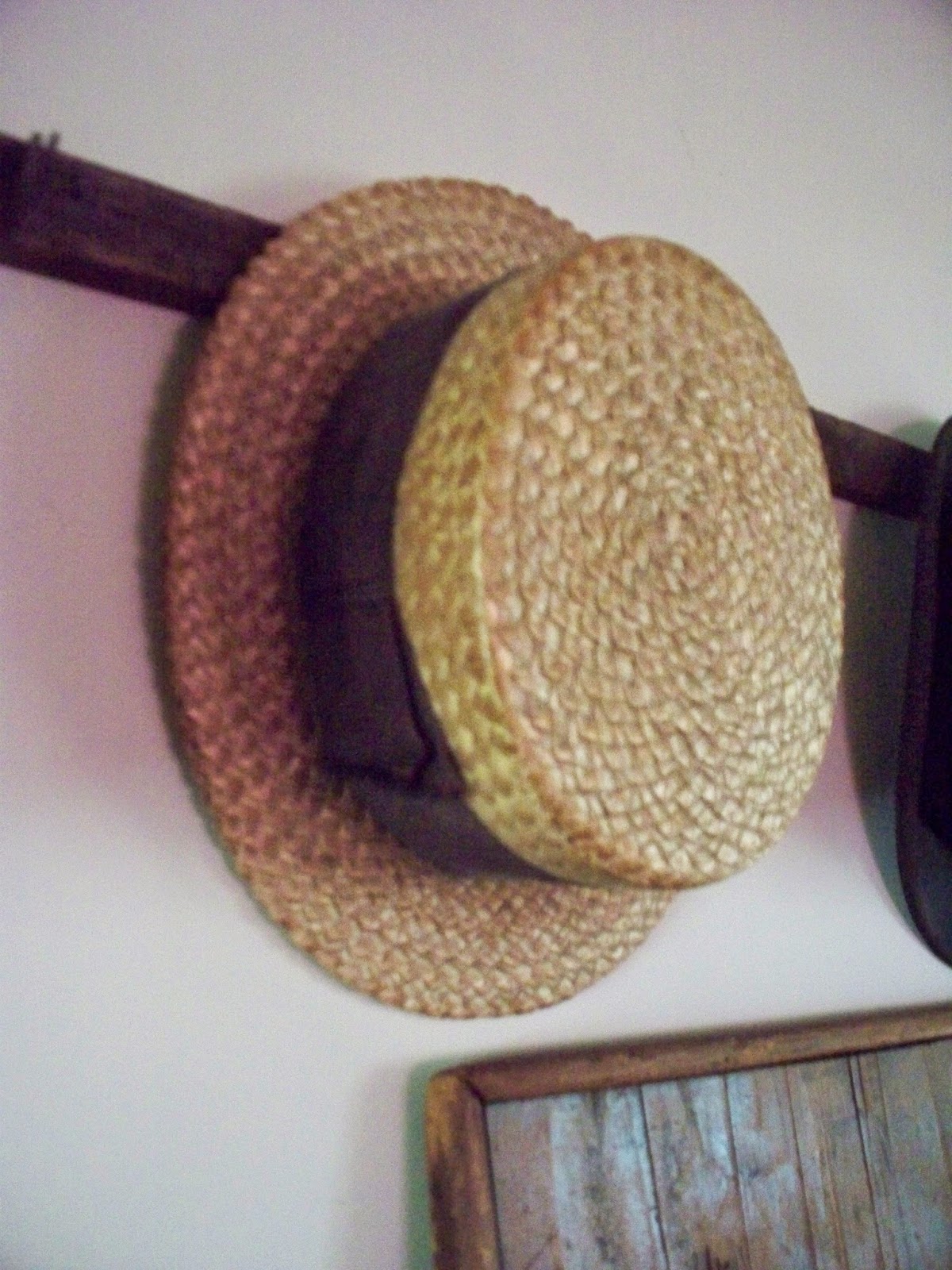 My mom said he also wore straw hats to church.
He was born August 8, 1908.
His nickname was Eightball
because of his birthday being all eights.
08/08/08
The chair in my first pic was my grandpa B's
when he was a child. 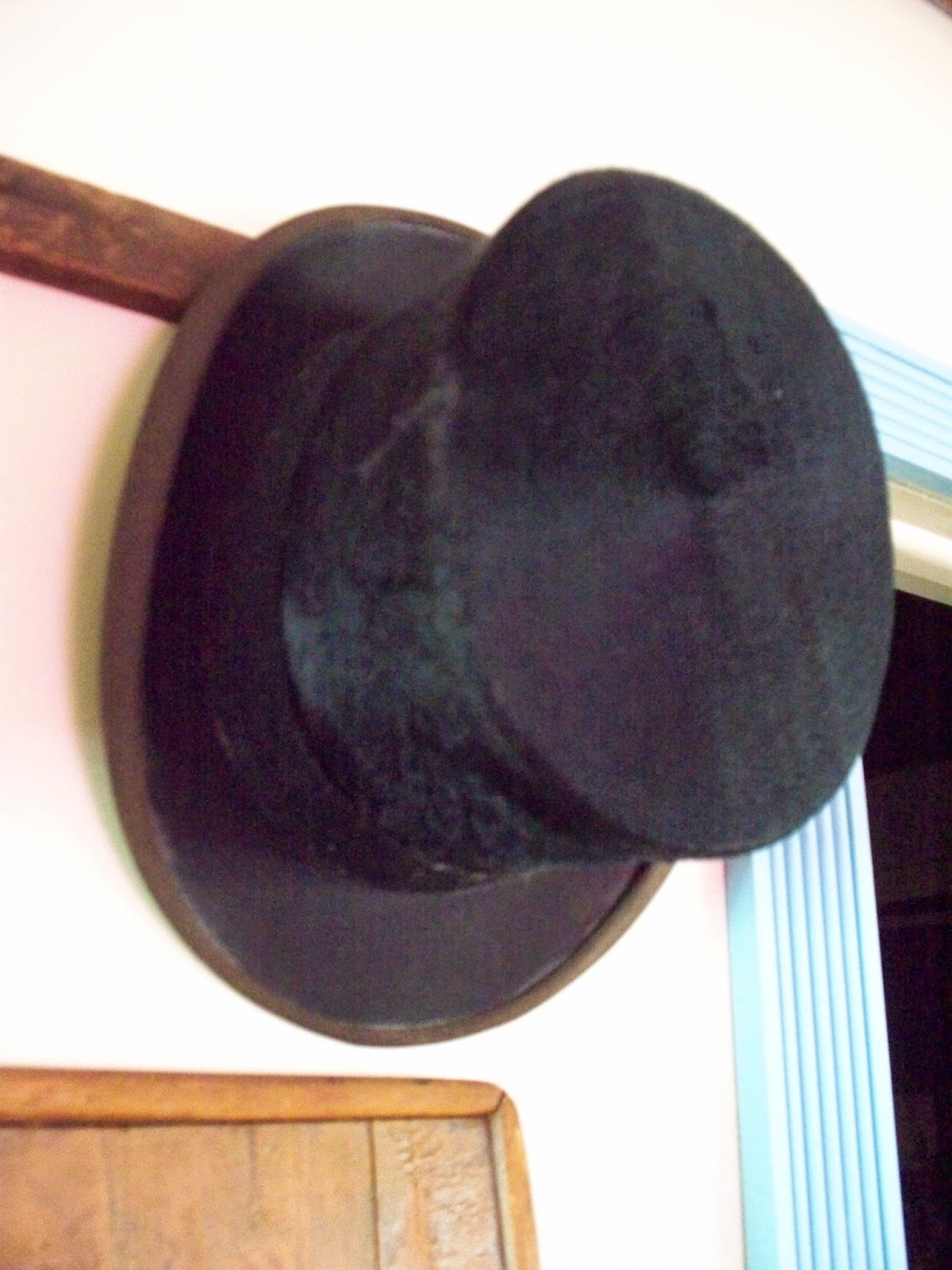 I do not know if grandpa had a beaver hat,
but I wanted this for my collection. 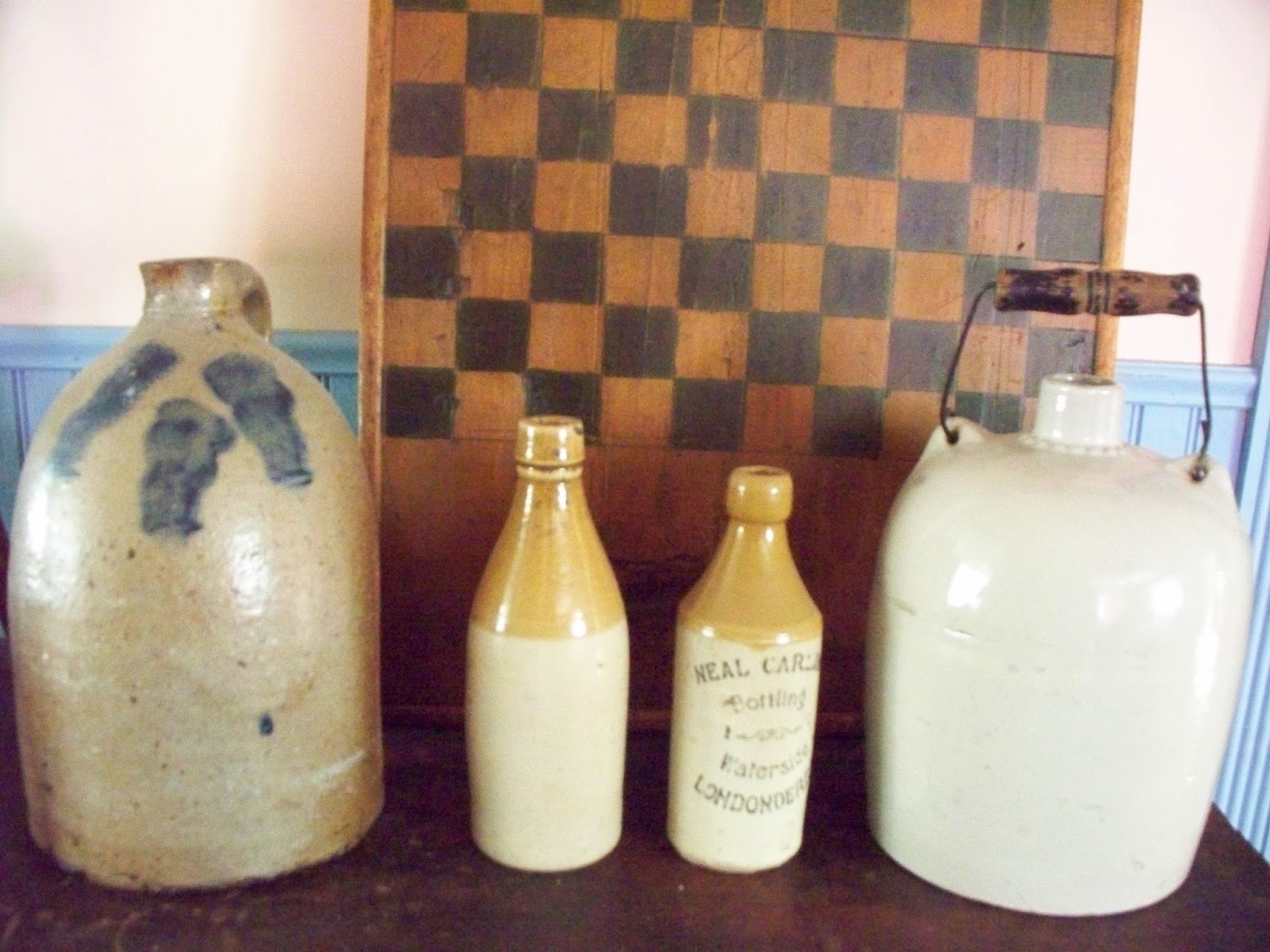 Both grandpa B and Grandpa H
were known to take a nip now and then.
They both drank whiskey and beer.
Back in the day before beer came in bottles.
stoneware was used.
These stoneware bottles were used primarily
for porters and stouts (dark beer)
and non alcoholic beverages such as
root beer and ginger ale.
Up until the 1870's workers had to hand cork
these bottles between their knees.
Great Britain started this stoneware bottling process,
while the Americans used kegs.
We did finally catch up though. 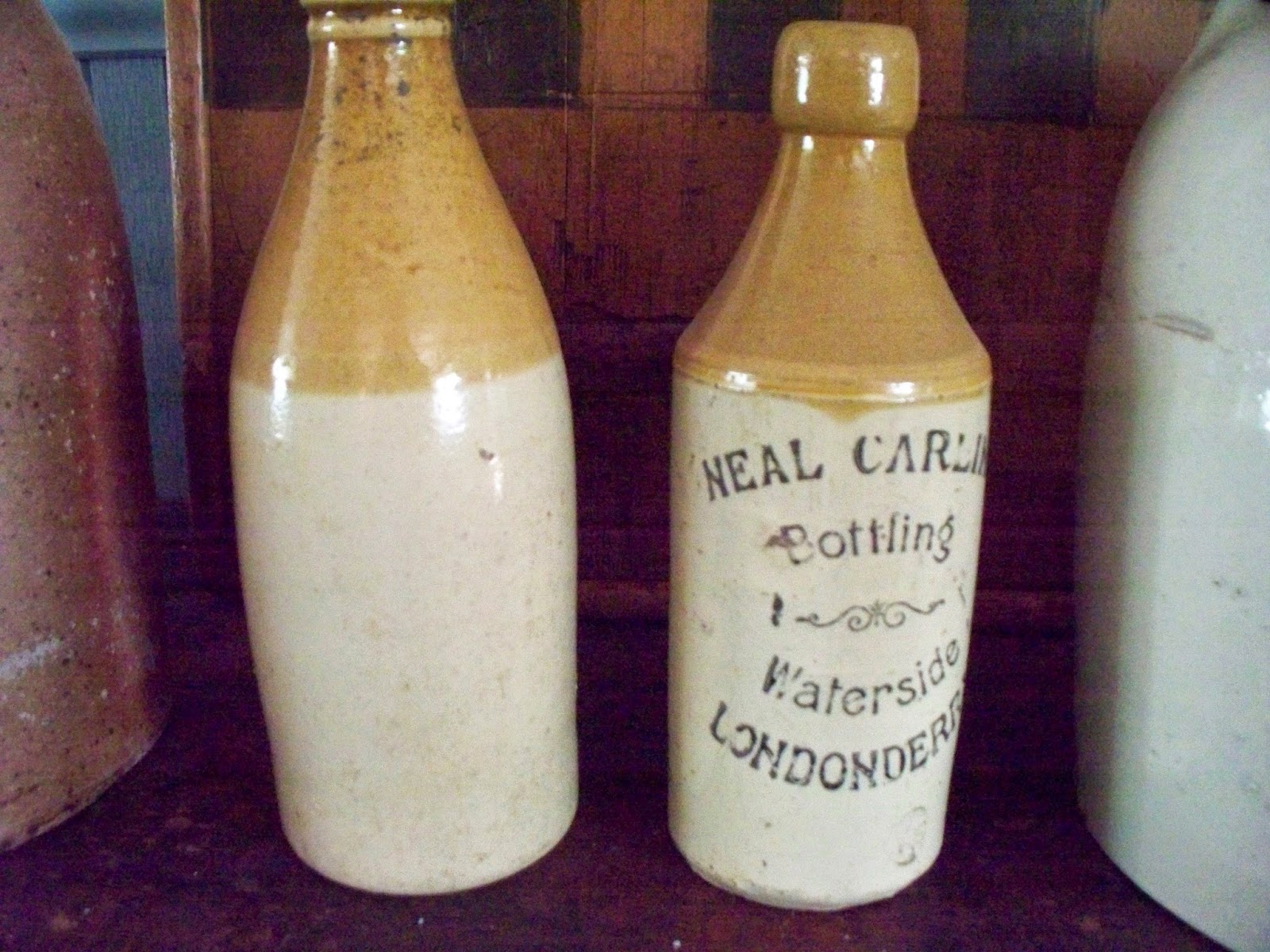 The ones I prefer are these two toned Great Britain ones.
These are also called ginger beer bottles because of their color.
Prices currently range from $15 to $125 depending on rarity and design.
These two pictured are $15 (left) and $35 (right)
US bottles are mostly white or brown.
Irish whiskey and Schnapps were also corked into  stoneware.
The Schnapps one on my chair is $48 from Great Britain.
Irish stoneware would be either white or two tone white and green.

Did you know that the early Egyptians also drank Beer? 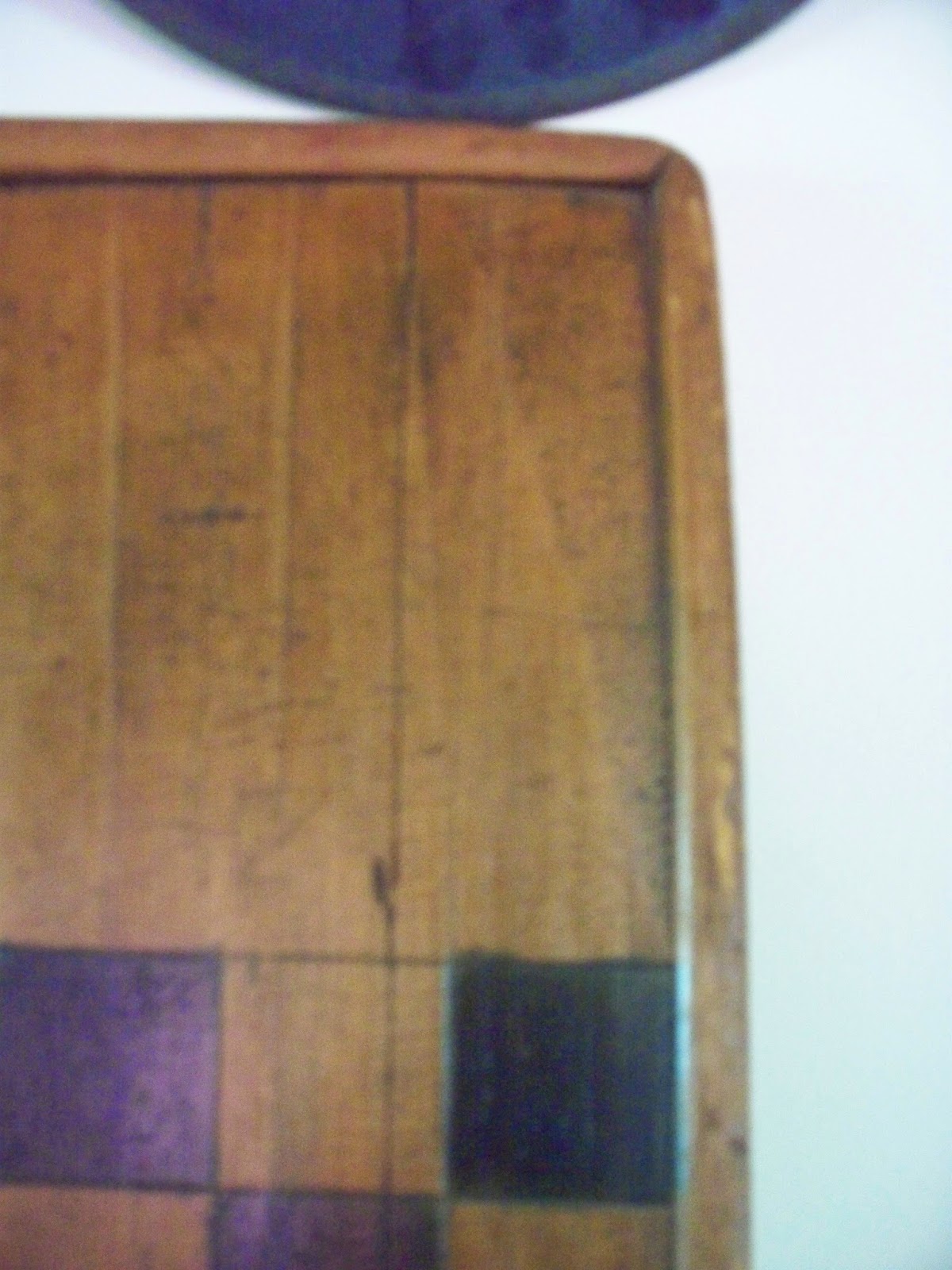 Grandpa H loved to play checkers.
After dinner he would get out the checkerboard
and we would play until bedtime.
He would let me chose my color..I liked being red mostly.
Oh and we not just let me win...
I had to win on my own...
which was a good thing, cause it made me think.
I was five when he first started playing with me.
He was born in 1899 and it was easy to remember how old he was,
as he was always one year older than the calender.

Happy Father's day to you both.
you made a great impression on me
and I will always cherish the memories!