First Half Of Our Trip


Good evening sweet friends.
Bob and I went on a most deserved vacation recently.
We left early in the morning...4:45am to be exact
the day after Christmas.
Our first stop was Clinton, TN.
The drive was good since it was a Saturday with no
work traffic through the major cities of
Detroit, MI
Toledo, OH
Dayton, OH

However, once we hit Cincinatti, OH
it was pouring rain all through the state of Kentucky
until we reached Tennessee.
Bob and I had wanted to meet Betty
from Through My Back Door,
but she was not able to visit with us.

Decided to hit the antique stores,
and I was able to find one goodie to bring home.
(will show off at a later post)

We left the next morning early again
and stopped in Albany, GA
to have lunch with one of my cousins.
We had a nice lunch and then were off to Florida.
Woohoo.
All was well until we hit Gainesville, FL
We stopped to change drivers and go to the rest room
at the rest area we stopped at.
We only changed drivers as there were lots of signs posted.
WARNING
Venemous snake area

We decided not to take our chances.
Unfortunately about a mile up the road we got caught
in a major traffic jam which was over an hour
at stop and go before our exit.
We did not get to Bob's sister's place until around 8:30pm. 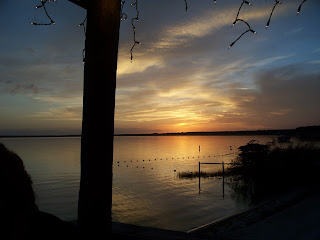 The view of the restaurant on the outside deck
in Florida.
Wish I was back there now. 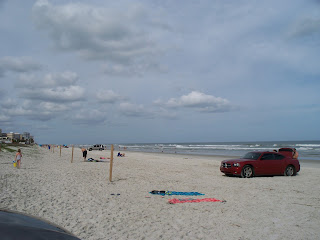 One day we went to Daytona Beach.
It was so cool driving on the beach. 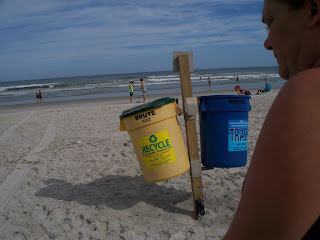 Bob's sister on the right.
She moved as I was trying to take this pic. 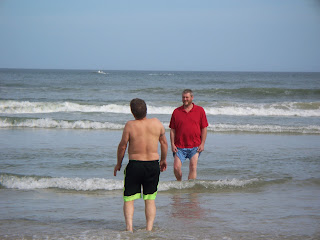 Bob in the red shirt. Bob's sister's friend in front. 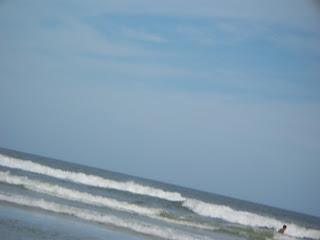 The waves were rolling in so fast
that they toppled Bob in. 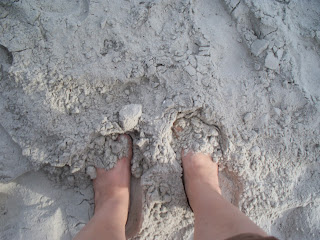 Me enjoying the warm sand. 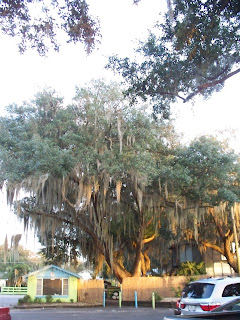 I love the spanish moss on the trees. 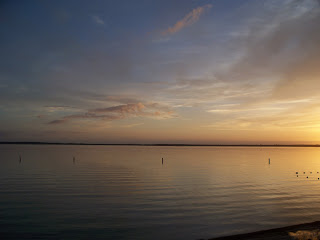 The sunset on Lake Weir. 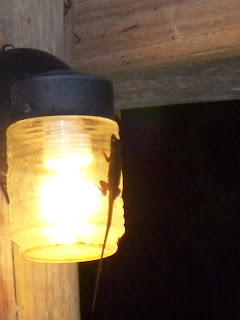 A little gecko waiting for a meal. 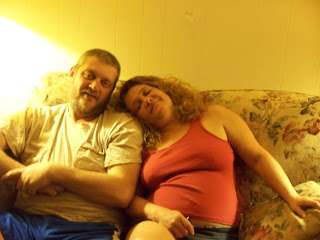 Bob and his sister Loretta.
I think they look so much alike...and they act like it too!

We spent 5 days with Loretta.
5 wonderful days with temps in the 80's.
No rain and no mosquitoes.
Great food...great times.
Even met up with friends of ours who are in Florida til March.

Post Florida Blessings To All!
Janice
Posted by Prims By The Water at 7:40 PM