Good evening sweet blogging friends.
Boy it sure is a windy evening here tonight.
Gale warnings on the Great Lakes and the freighters
are hunkered down for safety hopefully.
I read that this wind storm will be as bad or maybe worse
than the November storm that sunk the Edmund Fitzgerald.

Our second day of our mini vacation
was spent in the charming Southern town of
Savannah, GA.
This town has the most fascinating history.

Did you know it is the most haunted city in the US?

Did you know that General Sherman spared Savannah
in his march to the sea but that Charleston was not?

Did you know that almost 700 people died there from Yellow fever?
This was a tenth of the population back in 1820.

Did you know that Savannah is a peninsula?

Did you know that the bench that Tom Hanks sat in for the
Forrest Gump movie was donated back to the city after filming was completed?

Did you know that along the riverfront, catwalks were built
called factor walks which were 14 feet higher than the warehouses?
This was so that the owners could watch below to make sure
their goodes were taken off the boats and workers were doing their jobs.

Below are some of the wonderful homes in the downtown district. If you purchase a home here...
only 32 color choices are available to paint your home. 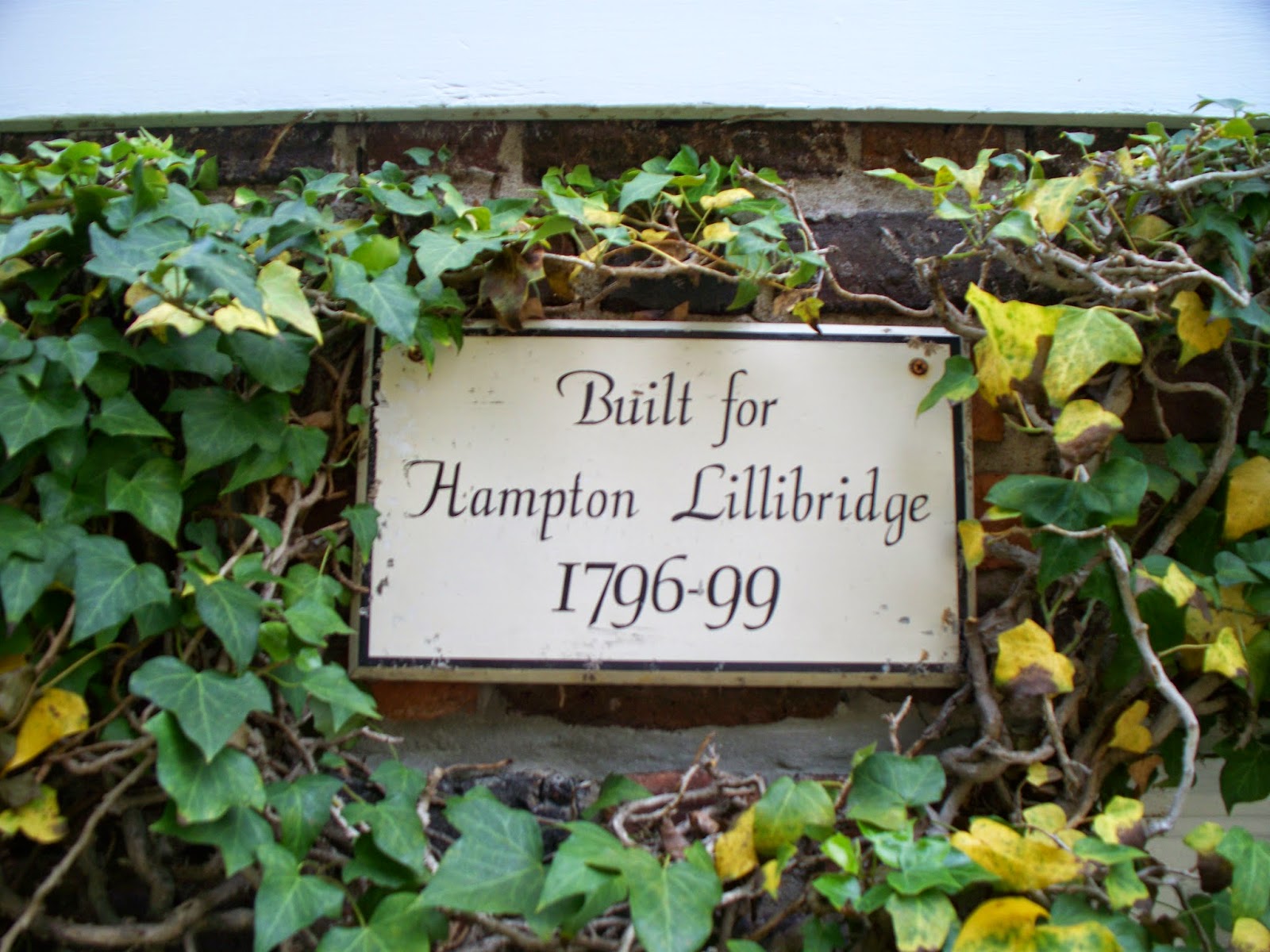 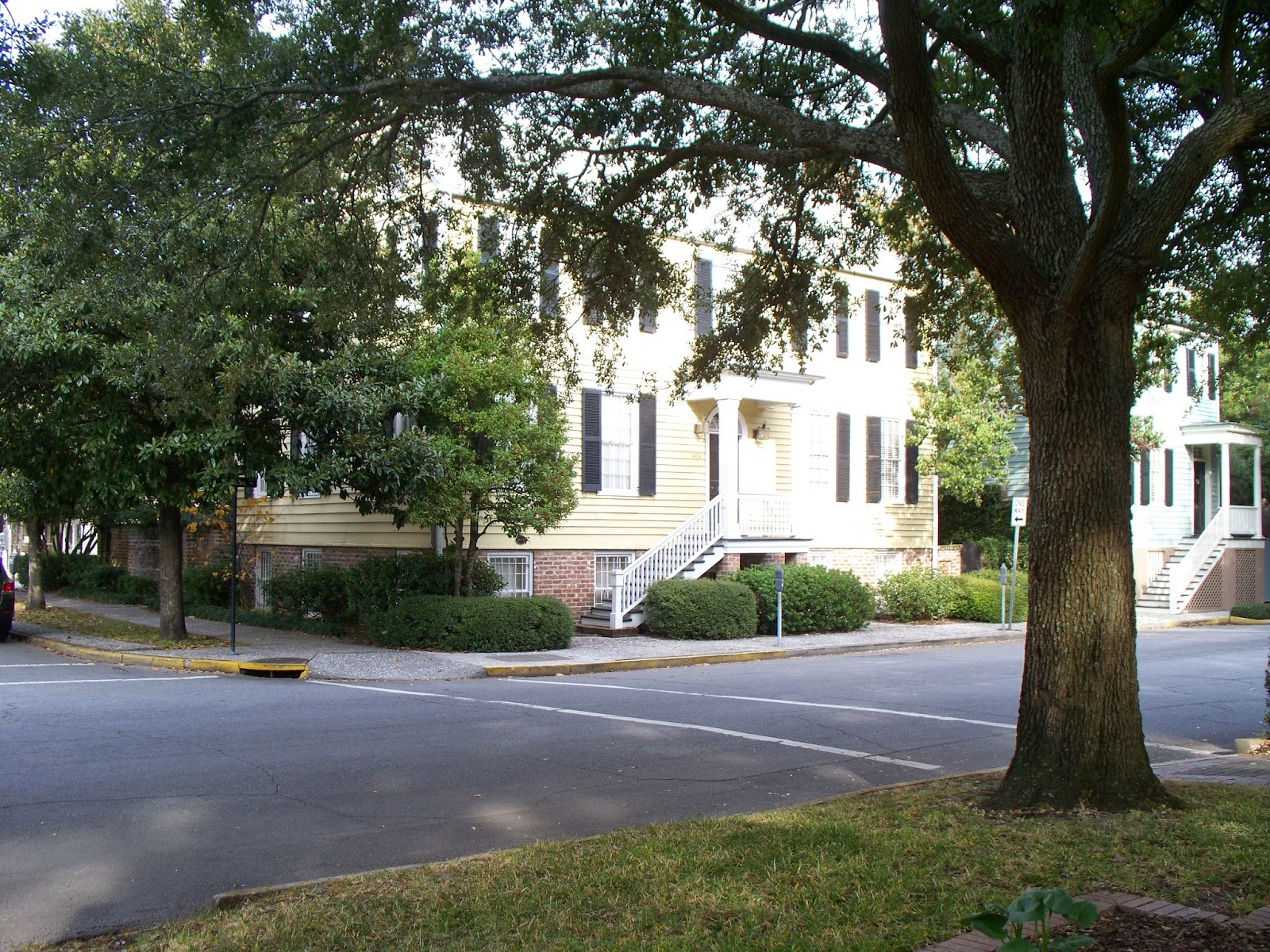 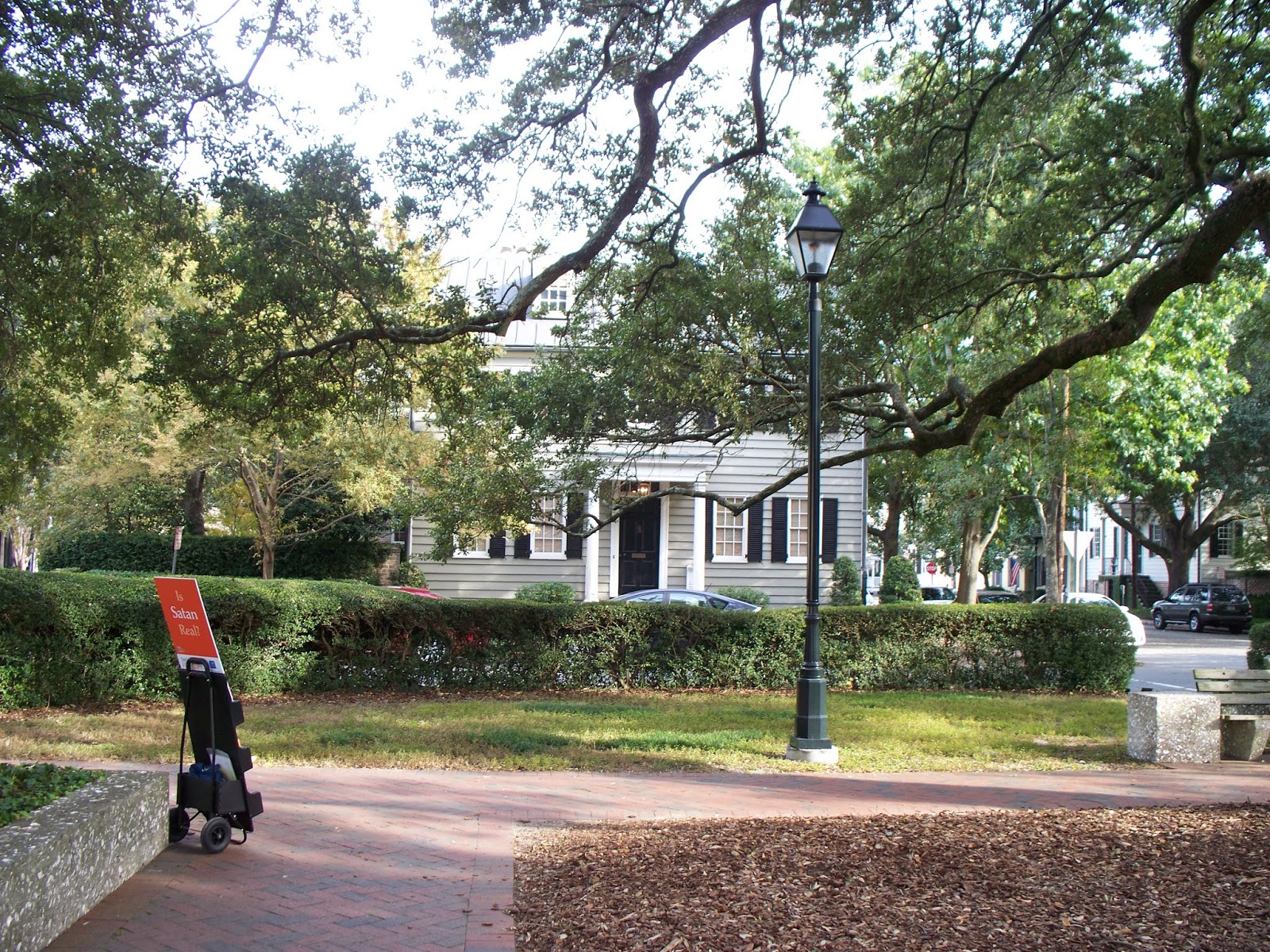 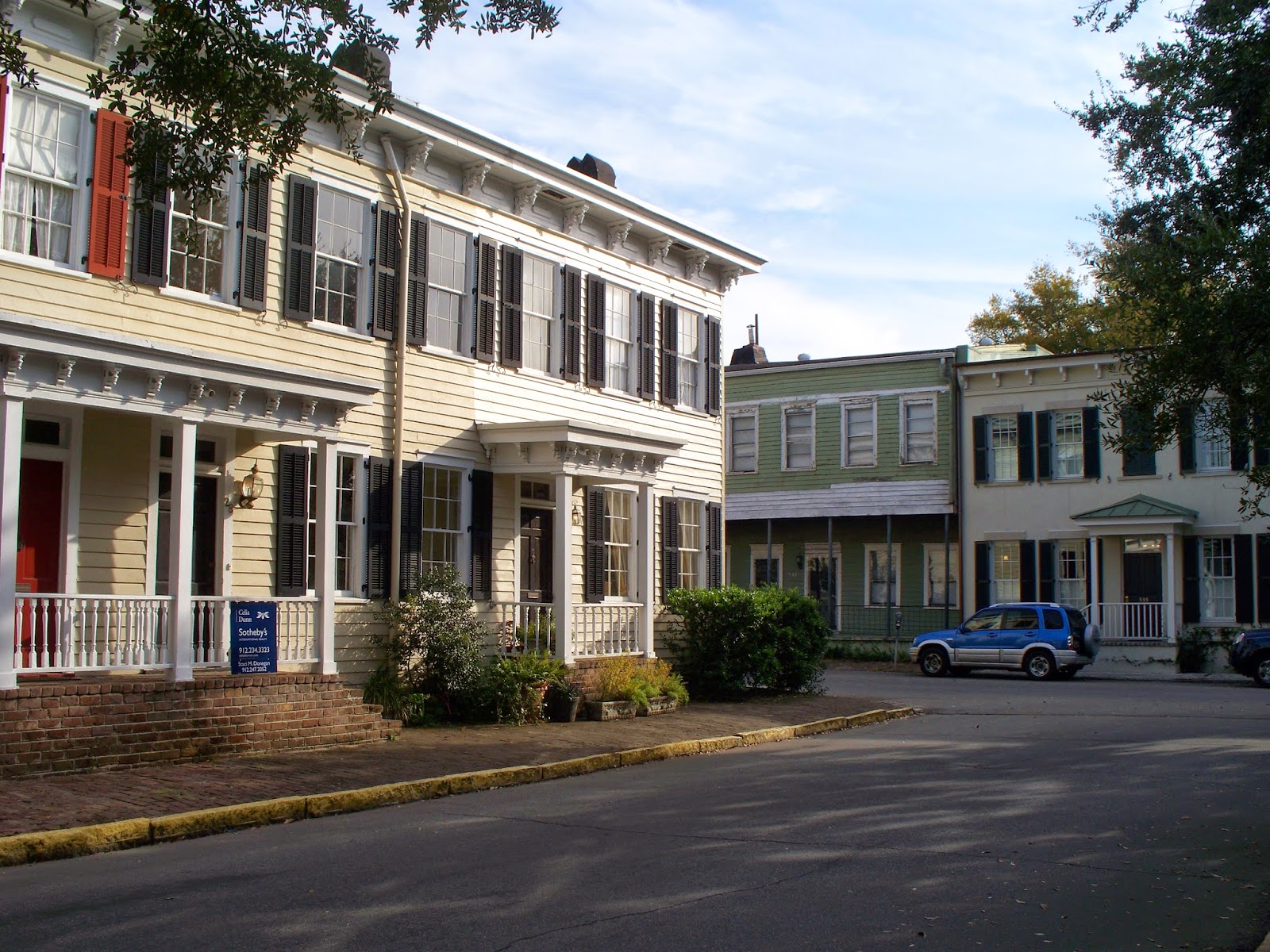 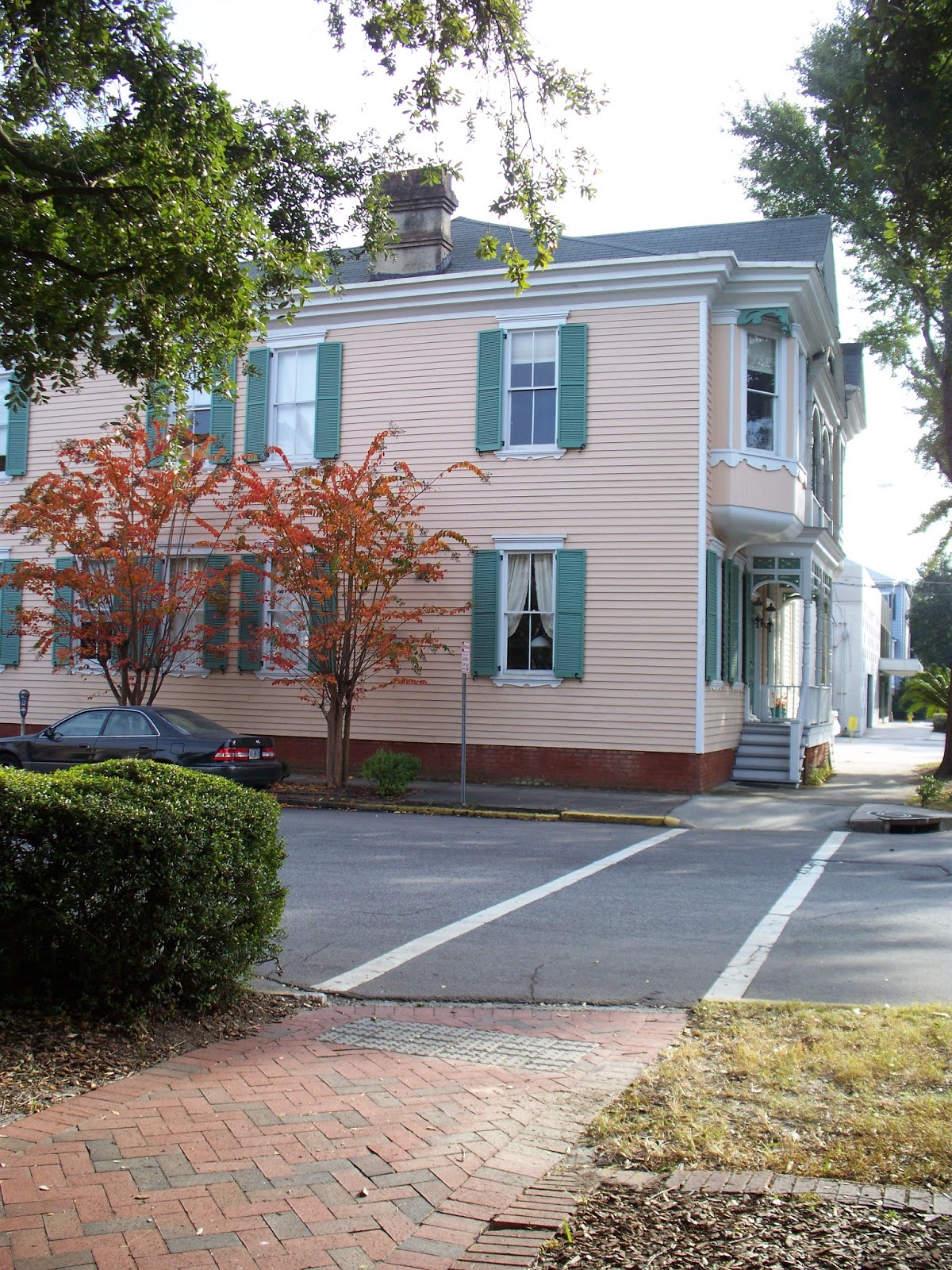 This home was from the Sears catalog. 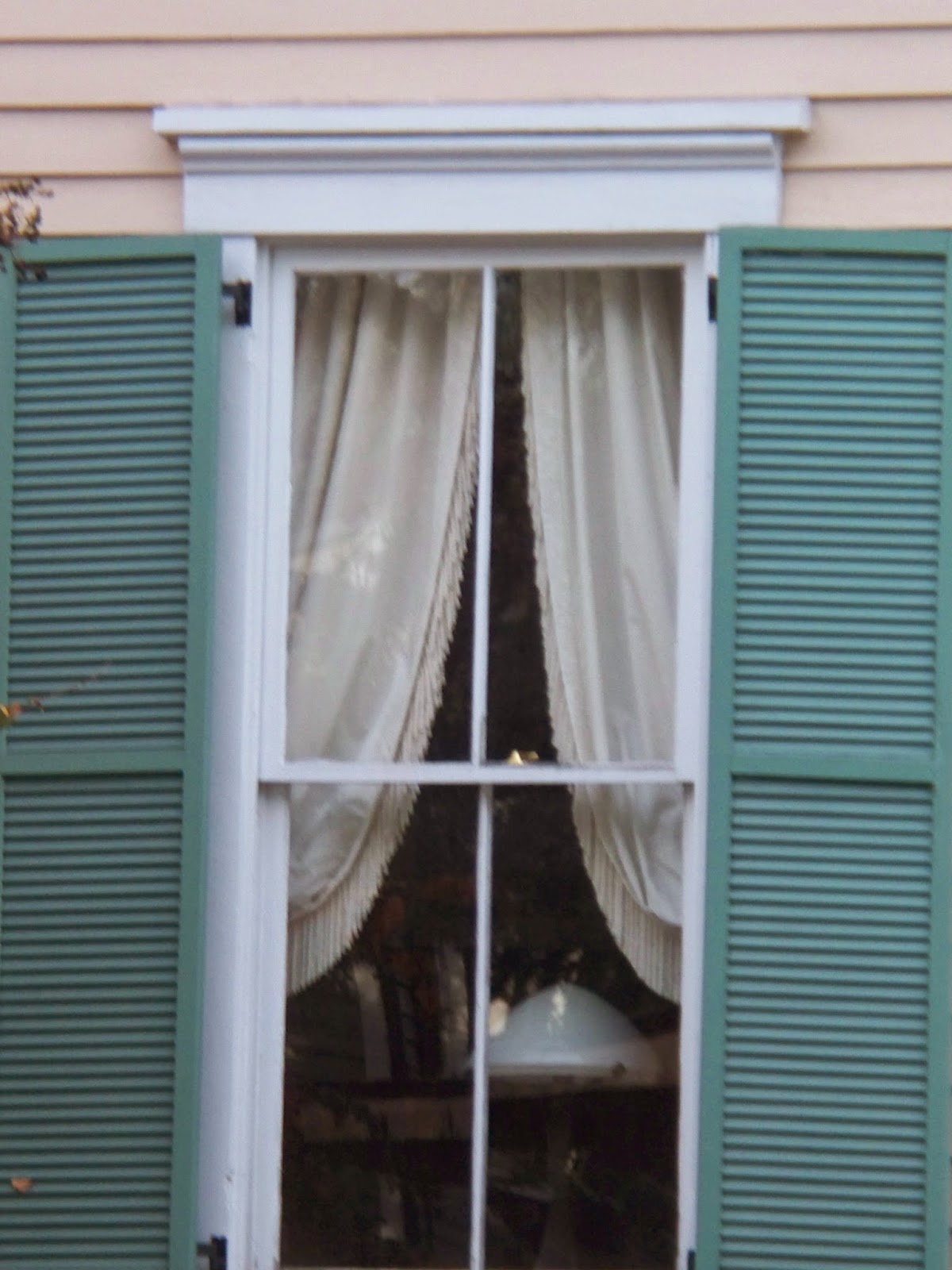 The instructions to building the house were a bit incorrect
and the windows were put in upside down. 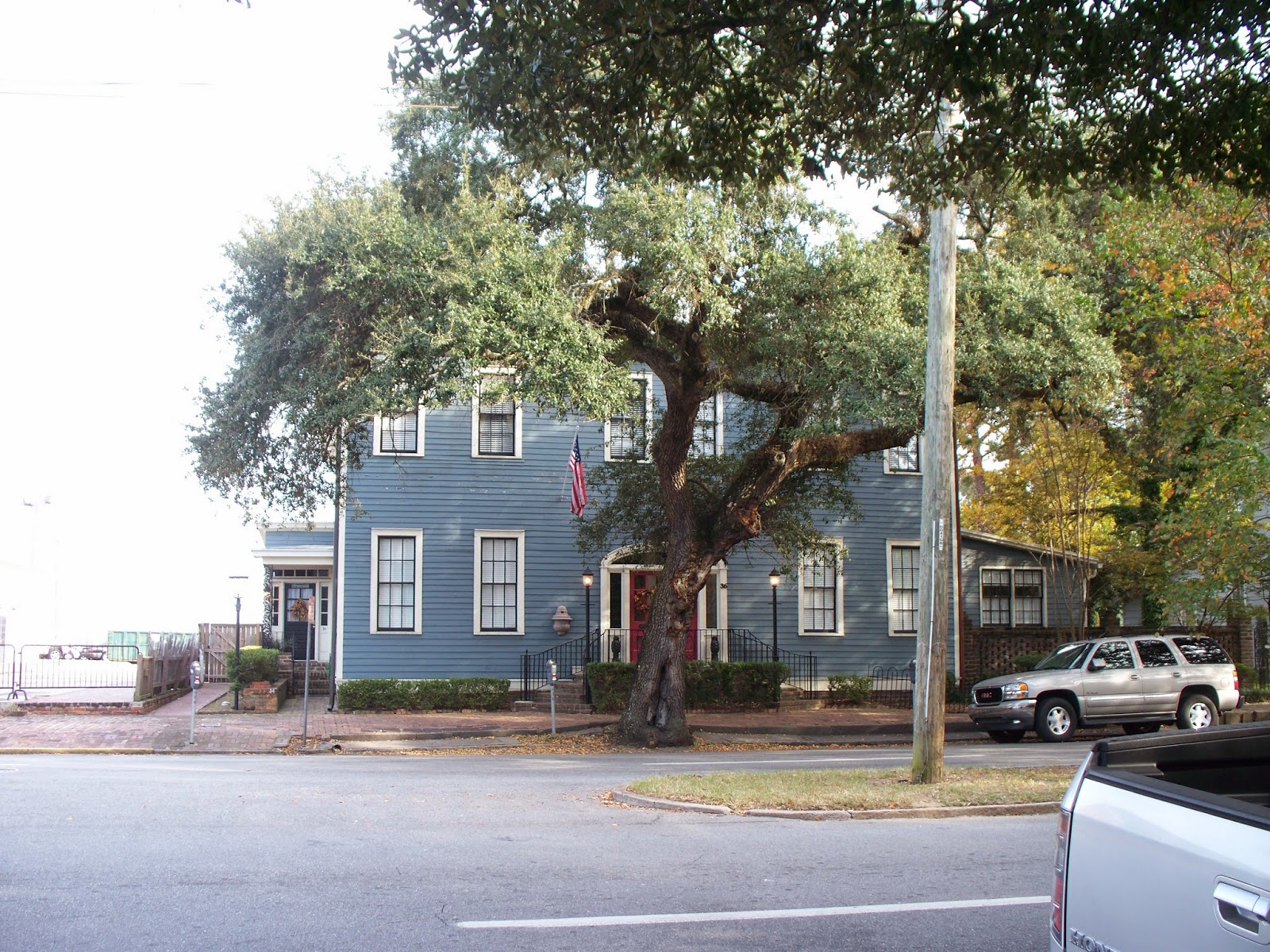 Voodoo legend has it that if the exterior
buildings are painted either blue or green,
no evil spirits can get in. 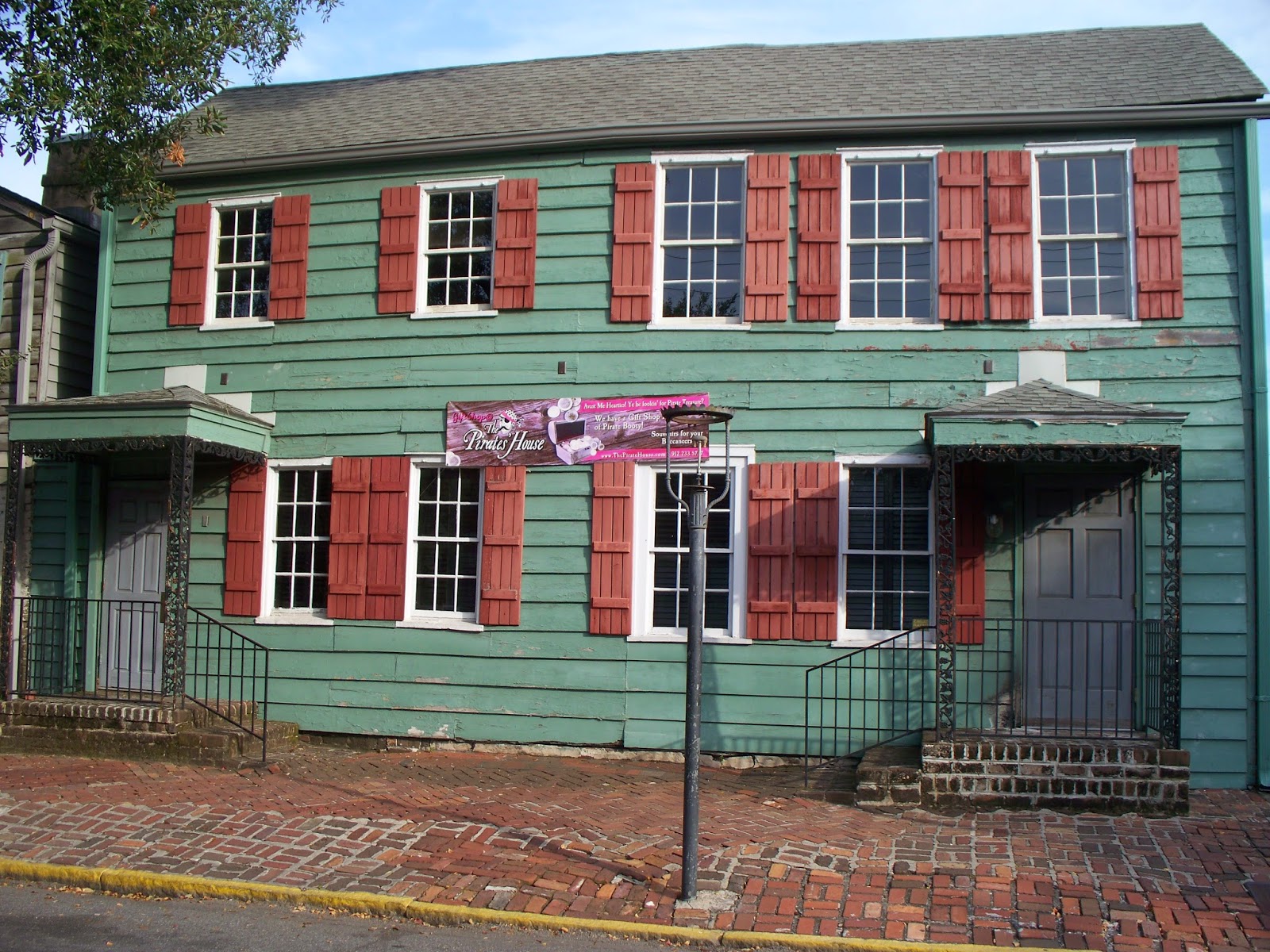 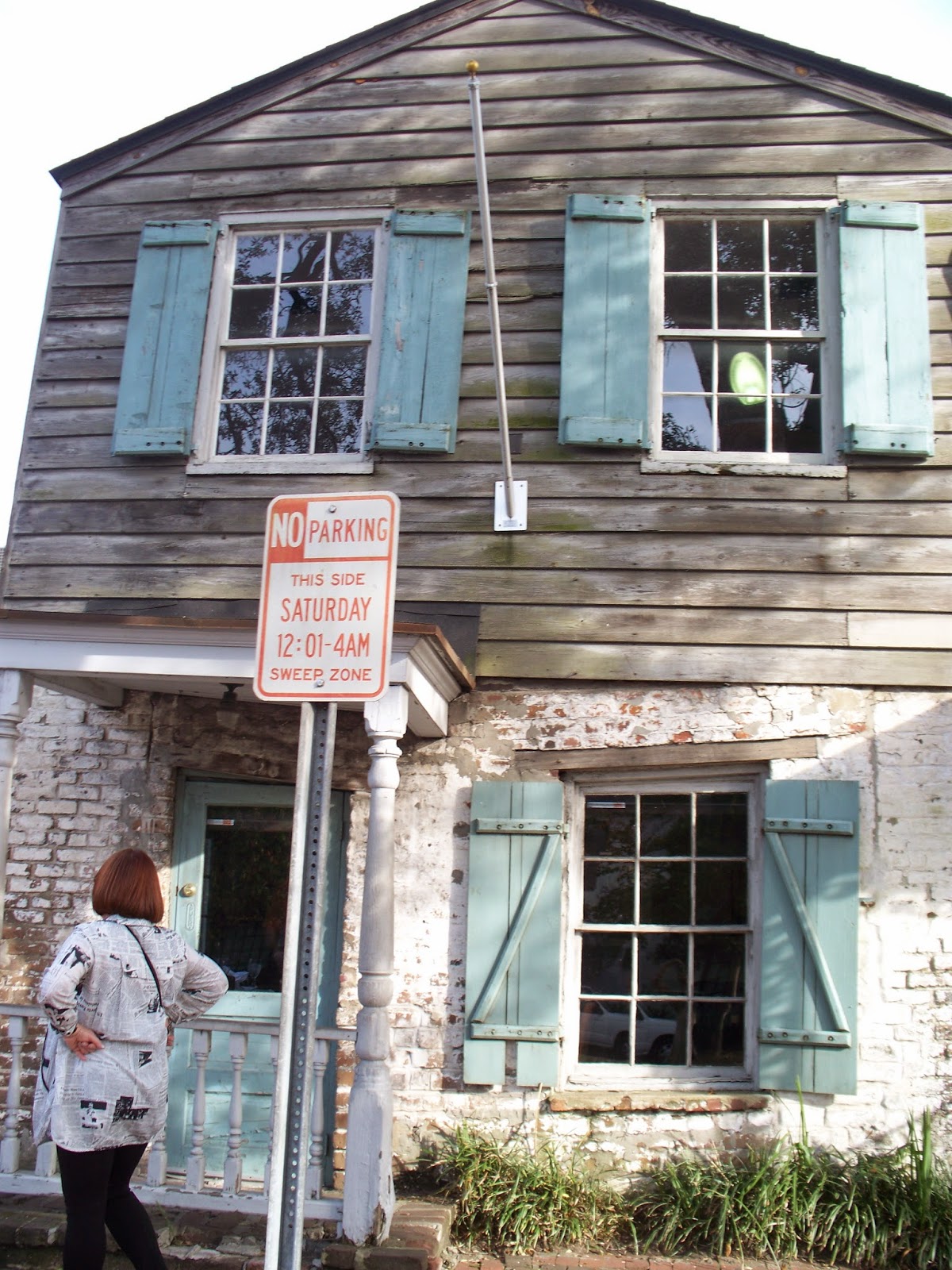 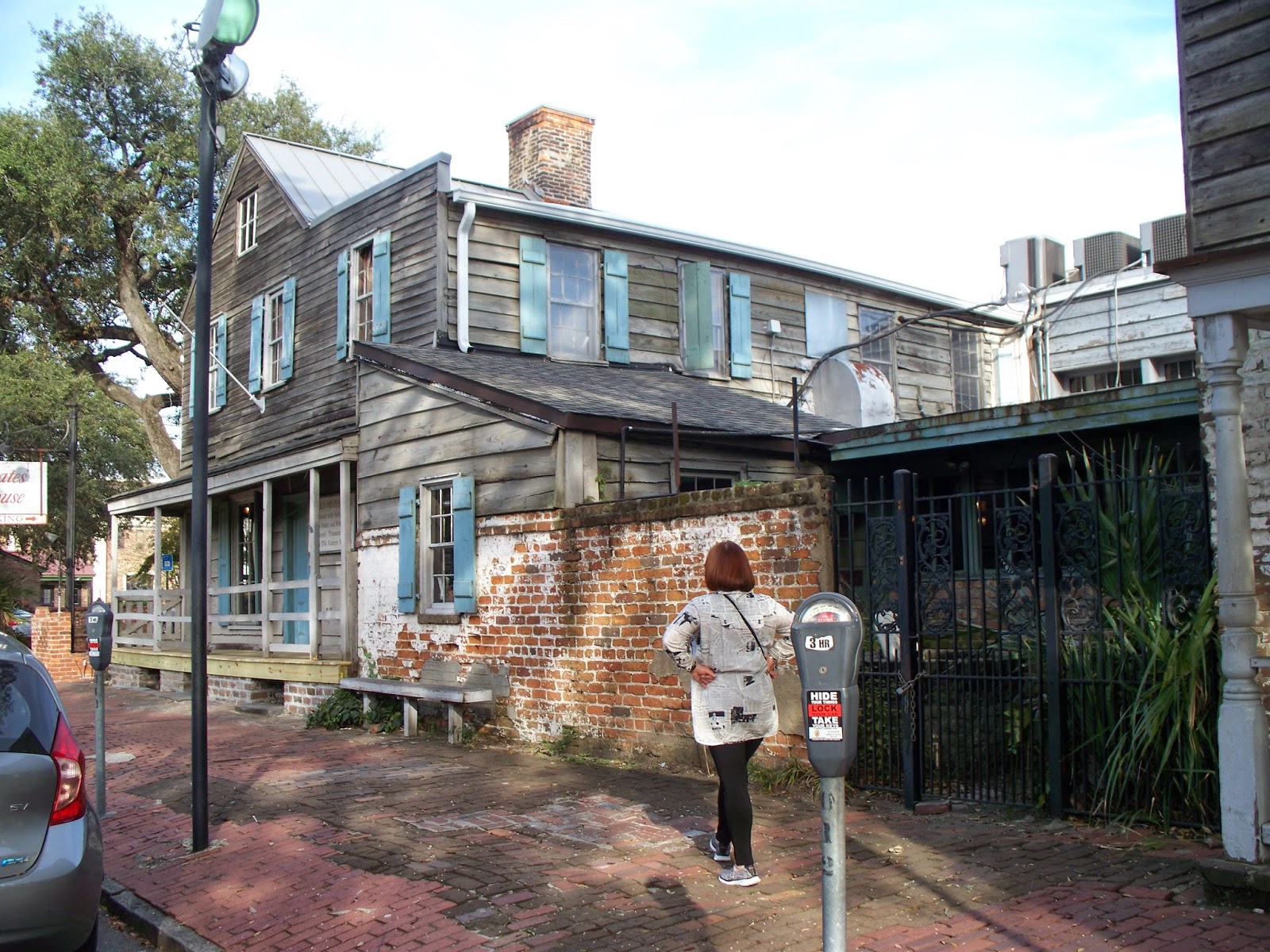 You probably have heard that San Fransisco was famous
to shangai men into slavery at sea...
however Savannah was also a port city that would shanghai men too.
It was not until a police officer was dealt the same fate,
that those involved were finally caught.
However it took 2 years before he could bring them to justice,
once he reached land once again.

Bob and I really loved learning the history about this
wonderful Southern town and would like to go back
and take the haunted trolley tour at night.

Southern Hospitality Blessings To All!
Janice